Our apartment actually looks like a place that people live now compared to a place that people just use to store boxes. I have a dresser to put my clothes in, (which fits perfectly in the closet!) as well as a table with two chairs, a bookcase/cabinet thing to separate the kitchen area from the bed and a FUTON! So exciting because it’s a bed… AND a couch. We’re making progress! 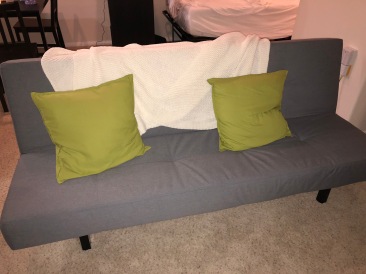 On Monday this week we successfully got wifi installed, which has been very helpful for living life in general. I went to Eightfold Coffee in Echo park and ironically did not get coffee, I got tea which was really refreshing. I didn’t realize how close we lived to Dodger Stadium, I parked practically next to it to get to the coffee shop (I’m figuring out this “finding free parking” thing…)!

On Tuesday, I took care of some more job applications and made more progress toward being an LA career woman 😉 When Conner got home from work we enjoyed the nice weather by going to our apartment complex’s pool. To get food for dinner, we drove to the Trader Joe’s at University Square near USC which was a great discovery. We made black bean pasta with quinoa pesto and chicken. So. Much. Protein. The quinoa pesto was amazing, I had never heard of it before! Anyway, the USC plaza is beautiful and I’ll definitely be spending some more time there!

On Wednesday, I woke up and went to yoga and figured out that the studio I signed up for is on the same street as my apartment, 7th street, and that 7th street is a protected bike street with a bike lane and everything the whole way so I’m glad that I figured THAT out (it only took a week…). That means I can bike to the studio using the metro bikes instead of driving which is SUCH a hassle! In the afternoon, I did my work for trade shift at the DTLA cycling studio Bespoke,  and I took a class which was fun. Then, I went home to get ready to go to a rooftop bar in Hollywood called Mama Shelter with some friends from college. It was a beautiful view and our pitcher of rose sangria made it even better. 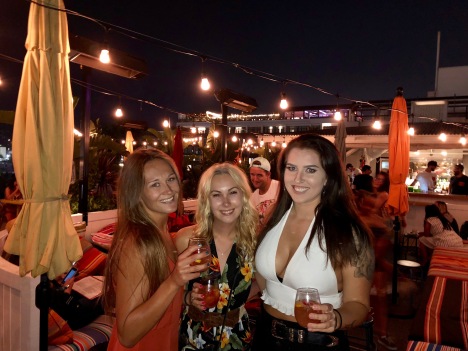 On Thursday I met up with a friend of a family friend for coffee in the morning at Groundwork on Rose in Venice (SUCH good coffee!!) and had a refreshingly amazing conversation. I was starting to get frustrated in my job search (and lack of job) but she reignited the inspiration in me and reminded me that I do have what it takes to make a successful career for myself here in the city of opportunity. In the afternoon I adventured through Santa Monica and the boardwalk in Venice. There’s so much to explore.

On Friday, I went to an AWESOME butt kicking cycling class at Bespoke. I just love the atmosphere of the classes, this one was like a hip hop party… and I even forgot that it was 7am (the best part of a 7am spin class is the opportunity to have the whole rest of your day to feel good and be productive!). I went to Philz Coffee again to apply for jobs on the madly driven inspiration of a caffeine high, and man I wish they had a loyalty program because I would earn enough rewards there to buy their store someday. Maybe. Or they could just give me free coffee for life as a trade.

Then I met an old friend for lunch in Long Beach and practiced the “36 questions to get someone to fall in love with you” questions on her (I’ve been listening to a lot of podcasts lately… See “The Science of Happiness!”) and even though I’ve known her for 10 years now I learned a lot about her from her answers. I drove to Manhattan beach on the way back to DTLA and it was a beautiful sunset to end the week. 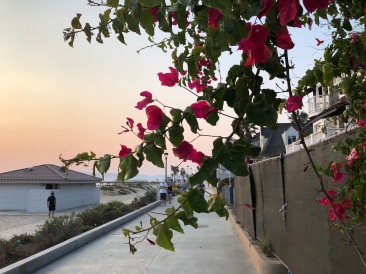 On Saturday Conner and I drove back to San Luis Obispo to get the rest of our things. It was a loooong drive because there’s always traffic (al. ways.) but it was worth it when we got there and met up with Taryn and Nick, had some wine, and watched the sunset on top of Terrace Hill just like old times. 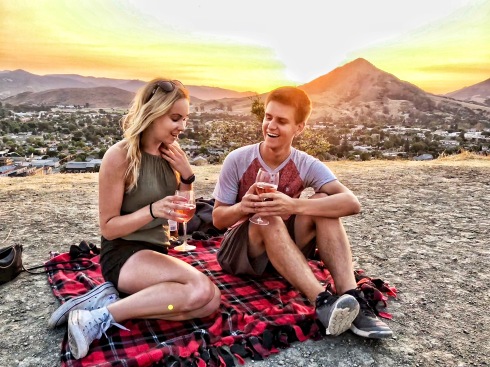 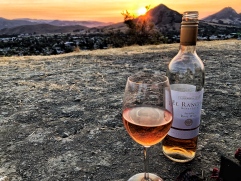 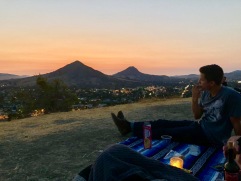 Sunday wasn’t quite as exciting as it was spent first half of it cleaning my apartment and packing our things into the car in San Luis Obispo, and then driving in the car for another six hours back down to Los Angeles. When we got back we finally set up the bed frame and are no longer sleeping on a mattress on the floor, yay (also, it’s a real mattress now instead of an air mattress, double yay)!

All in all a pretty progressive week. I’m still on the job hunt, but making some forward progress as I had my first video interview this week (even if it had some frustrating technical difficulties it was still a huge learning experience) and I made some great networking connections. Living in Los Angeles is never boring. I’m looking forward to what’s to come this week ahead.